This study describes a method to overcome the choked-flow and flow-hysteresis problems of the Busemann biplane at off-design conditions, by using plain flaps at the leading and trailing edges. Two-dimensional analyses of four different biplanes were addressed in order to examine the effect of the flaps, using Computational Fluid Dynamics (CFD) in inviscid flow (Euler) mode. Results show that the leading-edge flaps can alleviate the drag increase due to the choked-flow, and reduce the area of flow-hysteresis. In contrast, the trailing-edge flaps are not effective in overcoming these problems. However, the trailing-edge flaps can reduce the wave drag near to the speed of sound, and also shift the drag-divergence Mach number to a higher one. Thus, the combined effect of both flaps allows us to smoothly achieve the design point (M∞ = 1.7) from subsonic regime, and to avoid the severe drag penalty due to the choked-flow and flow-hysteresis problems. 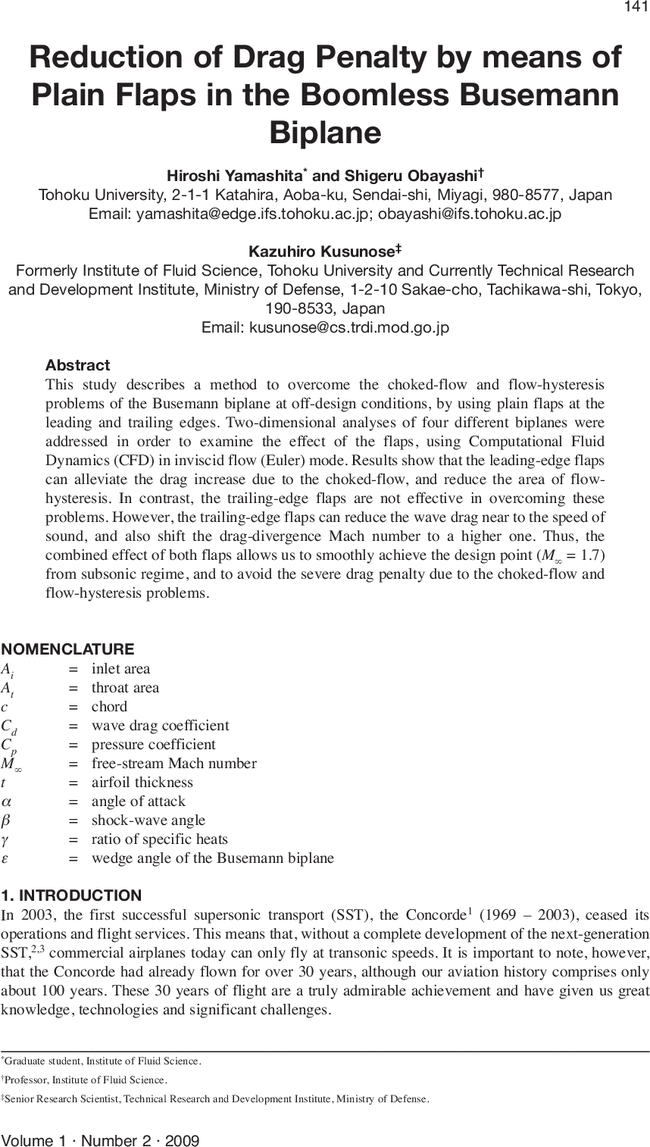