The film thinning process in the spin coating has been analyzed by finite difference computational simulations. The coating liquid was assumed to be a solution of polymer solute and volatile organic solvent, for which Newtonian viscosity was given as a function of solute concentration. The flow of the coating liquid film that covers the entire substrate surface was analyzed where heat and mass transfer due to evaporation of solvent and heating/cooling by the substrate surface were taken into consideration. The whole process until all the solvent evaporates off the coating liquid and a dry coating film of the solute is left on the substrate was solved, and then the final film thickness was determined. Especially, influences of nonuniform substrate temperature on the profile of the final film thickness have been focused, for which three dimensional computational simulations have been performed. The case where the substrate is at rest and coating is processed only by drying the liquid film after a certain amount of solution liquid is deposited has also been analyzed and it was found that the final film thickness is larger at the local region of substrate with a higher temperature, exhibiting somewhat complicated thickness profiles. 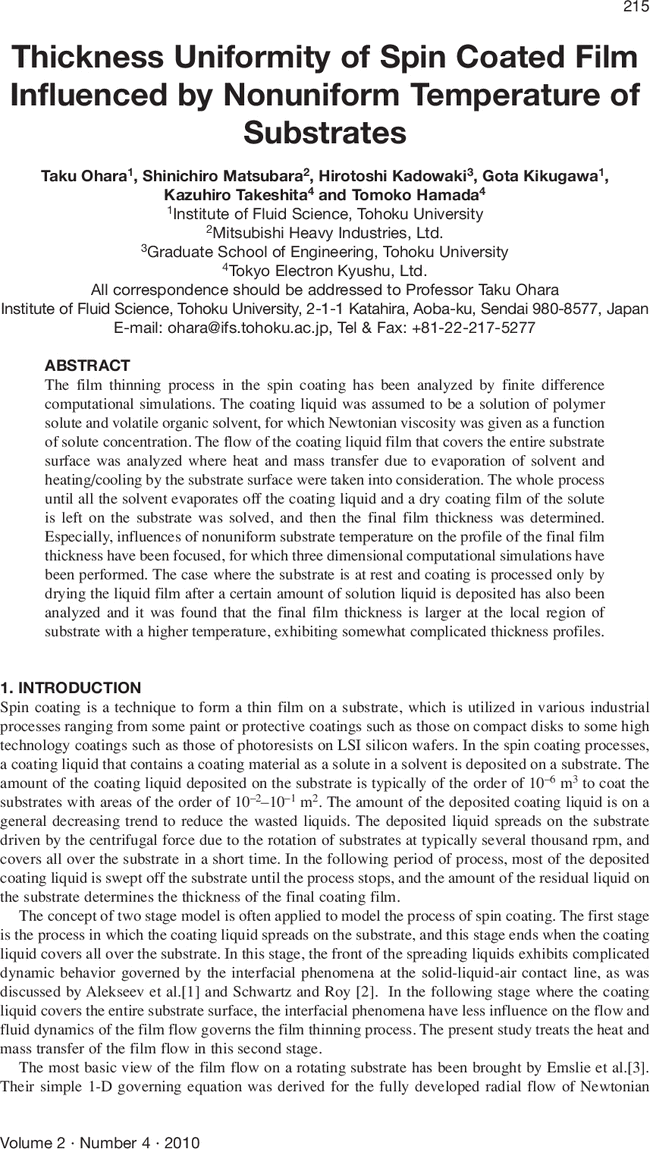