Nonlinear and nonparallel receptivity of zero pressure gradient boundary layer have been investigated by solving the full two-dimensional Navier-Stokes equation with respect to wall excitation at fixed frequency. The excitation is triggered through a blowing-suction strip at a location near the leading edge of the plate. Results are reported for cases which are linearly stable in a spatial formulation, for different amplitudes of the excitation of the strip.Presented results for a lower amplitude of excitation for the chosen frequency of excitation help explain the displayed nonlinearity of the streamwise component of the disturbance velocity at intermediate heights inside the shear layer. The disturbance field is noted to be neutrally stable at heights close to the plate and in the outer part of the boundary layer. Overall, such behaviour of the disturbance field is explained in terms of the presence of multiple modes and their spatiotemporal interactions and the importance of nonlinearity at specific heights inside the shear layer. We report another case where stationary bubbles are formed at the wall near the exciter, when the amplitude of excitation is doubled over previous lower amplitude case. Presence of such bubbles alter the disturbance growth significantly and is an early marker of bypass transition. 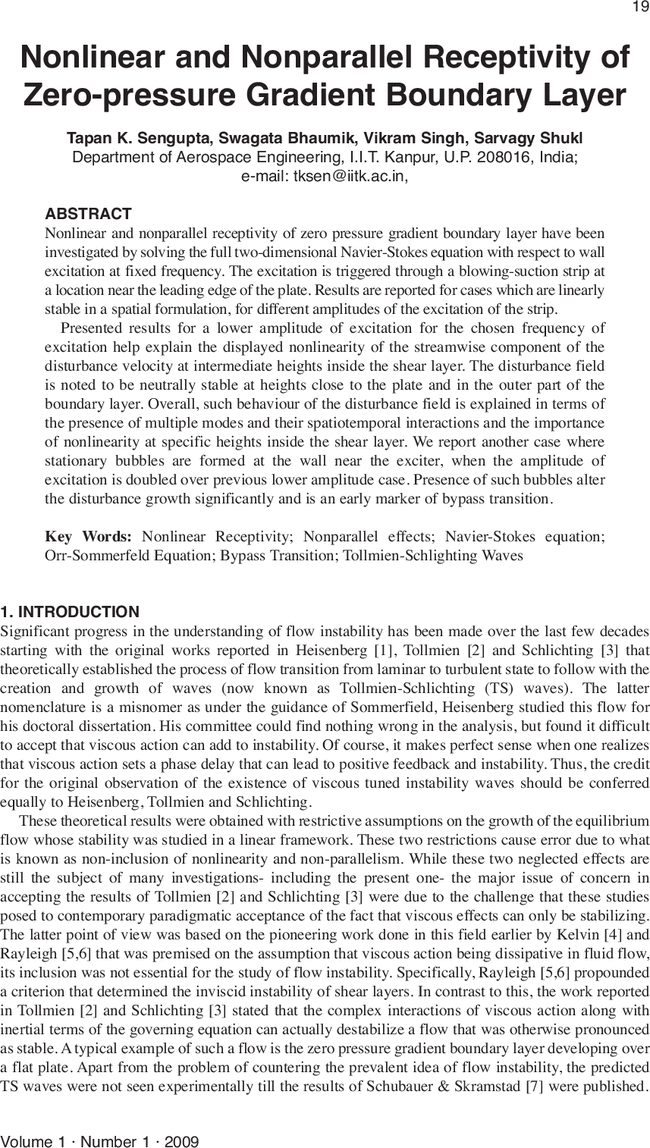