An incompressible SPH method was developed to simulate double-diffusive convection phenomena, including the simultaneous diffusions of temperature and salinity, and both two-dimensional and three-dimensional simulations were carried out. The "salt-finger phenomenon" resulting from instability at the interface between liquids with two different densities was successfully simulated. The results indicated that the ratio between the speed of temperature conduction and the salinity diffusion controlled the overall phenomenon. Additionally, the "Christmas-tree phenomenon" was successfully simulated. The results revealed that this phenomenon did not take place when the salinity profile had a vertically constant gradient, but only when the original salinity profile had a staircase-like profile with layers of several steps. Although the results indicated that the developed SPH method is capable of reproducing the basic features of the phenomena, a discrepancy in the growth rates remains. 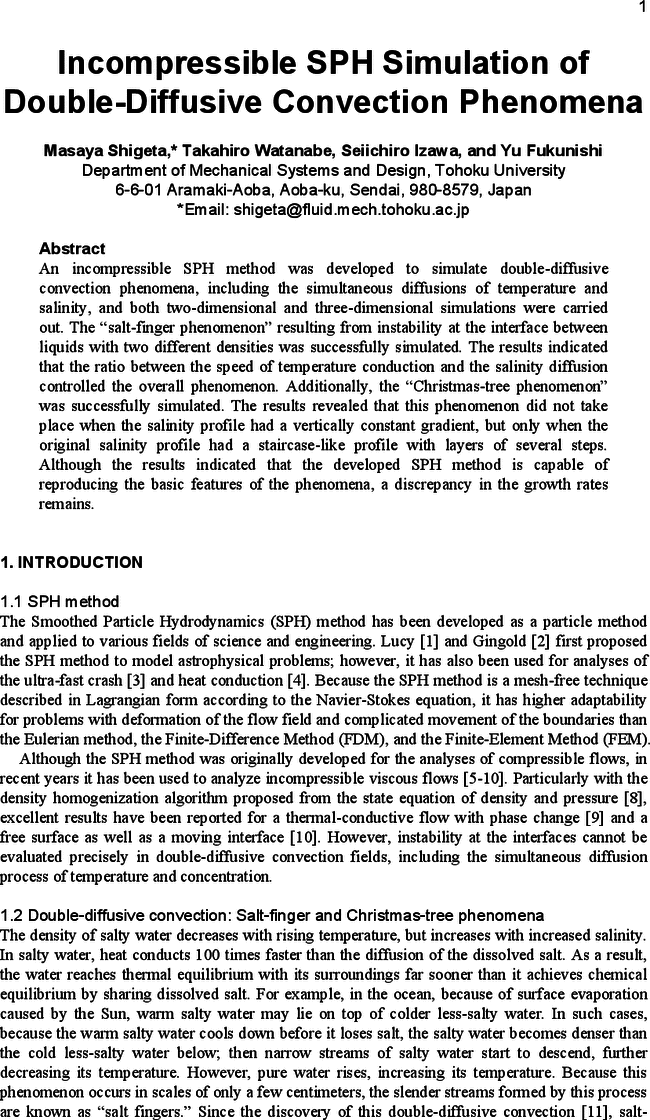